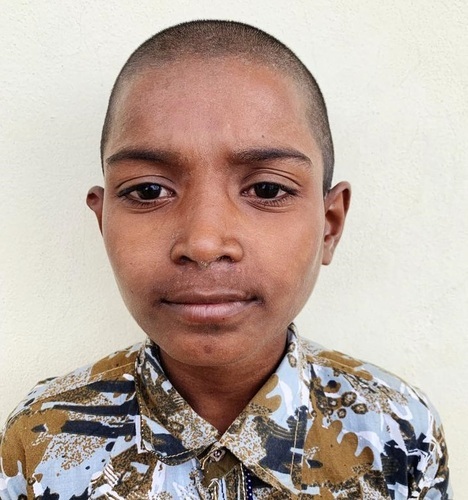 Manjunatha Jam has been waiting 347 days for a sponsor.

Manjunath lost both his parents to AIDS and lived with his elder brother's family, who was also very poor. His sister-in-law would ill treat him very badly, beat him at times, and also not give him food to eat. His brother admitted him in Agape so that he can be take care of.

Agape AIDS Orphan Care is a non-profit that cares for children orphaned by parents who have died from AIDS in India. Half our orphans are HIV+ themselves, and untreated, will die before they are five. They have been abandoned by their surviving relatives due to stigma, fears of contagion, and poverty. Government orphanages and schools won't take them in for the same reasons. Their only options are begging, joining street gangs, or becoming sex workers. Through donor support, we provide the children who have lost their parents to AIDS a home, an education, and most importantly, love.

Srivani's story is typical. When she was just three years old, she was found begging on the streets. Her father had abandoned her and her mother was missing. The police took her to a local hospital and once she was stabilized, she was brought to Agape. She had no one in the world.

Agape is now her family--providing her with care, love, retroviral treatment and an English-medium education in our own school. Here she is now, loved, happy, and on her way to a bright future!