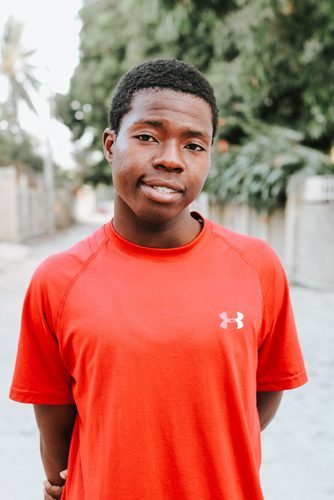 After clicking "Sponsor Now" you will be taken to NOU FAM to complete the sponsorship.
Location
Haiti
Age
22

Delva has been waiting 275 days for a sponsor.

We met Delva when he was 13 years old at a feeding program in our community. We quickly realized that there was something different and special about this boy. When we realized he was a street kid, we adopted him into the family in 2014. While he is the oldest boy in the house, he is compassionate and responsible. He is a role model to others in the home in his attitude and work ethic. Delva's biggest strengths are his ability in Mathematics, English and Spanish. However, he's always studying to increase his performance in History, Geography and French Literature. Knowing how important education is in a society like Haiti, he's always volunteering in helping the younger kids with their lessons and homework. He enjoys playing with his siblings, visiting with guests on team trips, playing video games, playing soccer and writing music!

Thank you for choosing to invest in Delva!