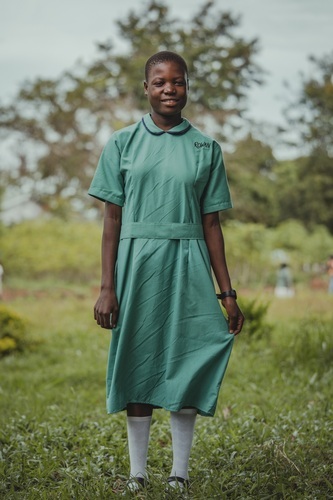 After clicking "Sponsor Now" you will be taken to ROWAN to complete the sponsorship.
Age
16
Gender
Female

Mariam Byogero has been waiting 2584 days for a sponsor.

Mariam's prayer request is that God blesses the work of her hands. This precious one lives with her mother who is HIV+. Her father died years ago due to the same illness. She is in her first year of tailoring! Help her finish strong!