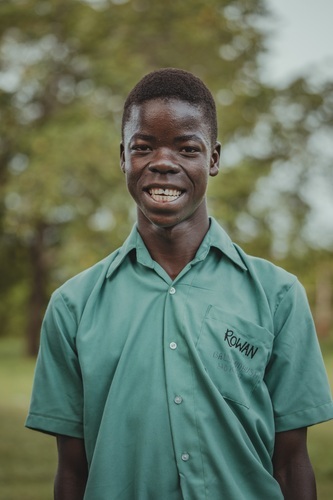 After clicking "Sponsor Now" you will be taken to ROWAN to complete the sponsorship.
Age
19
Gender
Male

Yokana is an incredible young man who has been with ROWAN since 2013! He is in primary level 6 and lives with his mother named Mary. Yokana lost his father to HIV/AIDS years ago, and helps his mother with all the chores around the house. He is currently in his second year of studying to become a welder!