After clicking "Sponsor Now" you will be taken to Tomorrow Come Foundation to complete the sponsorship.

Selam Zemedkun has been waiting 899 days for a sponsor. 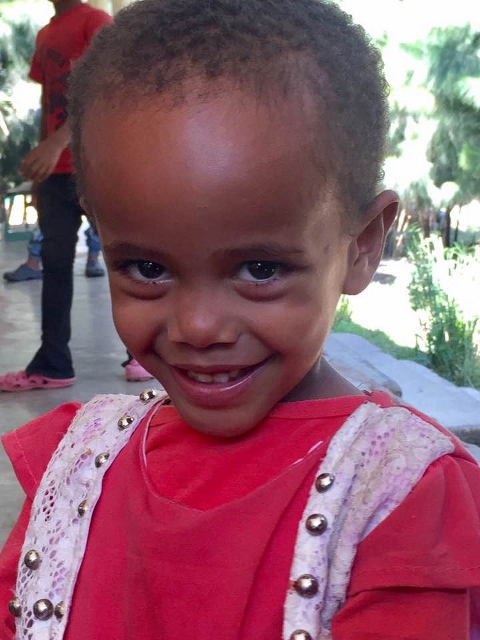 Selam and sister, Kalkidan, came to New Hope in 2018. Their mother had been forced into the sex trade before they were born, and became HIV+. Thankfully both girls have tested negative for the disease. The family came to Guder to live with their grandmother, only to be forced onto the streets when they arrived and discovered the grandmother had died. As street dwellers, they begged for food and places to stay, until their mother went into labor and the Coptic Church gave them a place to live.

Selam is in kindergarten and is 4.  She likes school and is very silly and loving.

Officially founded in July 2012, Tomorrow Come Foundation is a nonprofit (501(c)(3)) organization specifically created to provide a safe home, to support a healthy life, and to foster growth through education for the children in and around New Hope Center for Children and Handicapped in Guder, Ethiopia.  We believe that everything starts with education, and that this is the key to breaking the cycle of poverty.  This education is not only school-related, but also includes learning skills like farming, sewing, cooking, building, and any other skills that will help the children be successful in life.  By educating them in this way, Tomorrow Come Foundation hopes to empower the children to be productive citizens and future leaders of their community, country, and world.